Wanting his revenge upon humans who were making his life impossible, Zeus organized a wedding between two of his children : Jack and Pandora. To make things worse, Zeus gave them a poisoned gift: a box that was not to be opened. Of course they opened it, and that was really is the beginning of the end.

A short, all-terrain and technically autonomous form, Pandora is theatrical vignette in a contemporary treatment that can be presented in theatres, outdoors and in non-equipped rooms.

In co-production with De MAAN – Mechelen & the Centre de la Marionnette de la Fédération Wallonie-Bruxelles, within the framework of the Cultural Cooperation Agreement between the Flemish Community and the French Community.
With the support of La Roseraie and of la Maison de la Création. 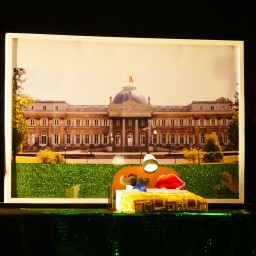